Strong is the New Pretty

I was shopping at Target the other day and came across this book on the shelves: 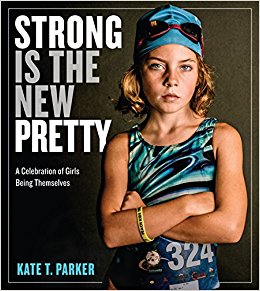 The title is Strong is the New Pretty. And surely the cover model is strong AND pretty – shiny hair, sun-kissed skin, bright eyes, fit…But really, what is “pretty?”

We know that what’s “pretty” in the United States is a little different from what’s considered “pretty” in other countries – so “pretty” is definitely influenced by cultures.

“Pretty” also varies by decade… In the 90s ultra-skinny with long hair was pretty. In the 80s, “pretty” meant tall and pegged pants. In the 50s curvy was pretty…with the right skirt. In the 20s you wanted a boyish figure and a bob. It seems that you can be “pretty” with the right body type, the right clothes, the right hair…what’s “pretty” changes rather quickly.

I really like the title of the book I saw at target: Strong is the New Pretty. But, because the meaning of “pretty” is ever-changing, I think what needs a solid definition is the word “strong.”

Body strength is nothing compared to the beauty of true strength and I want to tell you about one of the strongest, most beautiful people I’ve ever seen.

She was a dancer on a team that would sometimes combine with my dance team to learn and perform routines together. My choreographer and her choreographer were friends and we combined quite often. Our choreographer wouldn’t ever tell us in advance when we’d be combining and I loathed seeing her team – and her – walk into the dance hall. MY dance hall.

I have to admit, she was pretty cute. She had short brown hair (like me). She was the same height as me. She was just as good (probably better but I’d have never admitted it then) as I was. And she was my competition for the good spots in the dance.

I really didn’t like her. I took every opportunity to show her that I was the beauty queen of this dance hall and she (and her little dance team members) were guests of MINE.

I was last in line for the water fountain during a break and as I returned to the dance hall I saw this girl sitting on a bench just outside the door. I decided to take this one-on-one opportunity to once again remind her how I was the beauty queen here and I was permitting her to be a part of our event.

“I’m so glad you guys could join us again” I told her in a little-too-sugary-sweet voice. “I just love when we can work together, you guys are just too cute.” I’m sure my fake smile and degrading words did the trick to put her in her place, but just to top it off, I decided to go one step further and “forget” her name.

This was a long time ago, way before I learned that a person’s name is ‘the most beautiful sound in the world’ to that person. I just knew it was rude to forget someone’s name. I wanted her to know just how unimportant she was.

“Oh, I just have so many guest dancers who want to come be a part of our performances! I simply can’t keep track of them all (insert fake laugh) and I have forgotten your name again. Can you remind me, sweetie?”

She looked down at her dance shoes for just a moment – she surely felt small. I anxiously waited for her response, whatever it was would pale compared to me – I had the right clothes, the right hair, the right attitude. I was the prettiest in this hall and she knew it.

Still looking down, she told me her name. And you know, it’s been so many years since this day that I can’t even remember what it was. But I’ll never forget what she said next. She lifted her head and looked right into my eyes and added, “And you’re Meg (insert real smile). I could never forget you. You’re unforgettable.”

I had a difficult time finishing the rehearsal that day. Not because there was anything wrong, but rather because there were mirrors. And I had to look at myself and see the reflection of someone who went out of their way to put someone else down. And in return, she went out of her way to build me up. I did succeed in one thing, however, I was able to show her who the beauty queen – the prettiest one – of that dance hall was. It was her.

Elbert Hubbard said, “Strong men can always afford to be gentle. Only the weak are intent on giving as good as they get.” When a sharp, annoyed, curt response would have been understandable and justified, this girl responded with great restraint and with gentleness and love.

And love is strong, and strong is pretty.

We all have beautifying regimens to keep us looking as closely as possible to those magazine cover girls. And that’s fine. We really do want to be pretty and we do want to be physically strong and healthy. But in addition to the gym, let’s exercise our kindness and pump up our pretty by showing emotional restraint, love, and gentleness in the face of some ugly circumstances (and people). Let’s take a minute to pause and look at our beautiful naked face in the mirror and remind ourselves of how pretty we are when we choose to be strong in this way!