Light the World and Bask in the Light

“Every gift that is offered to us—especially a gift that comes from the heart—
is an opportunity to build or strengthen a bond of love.
When we are good and grateful receivers, we open a door to deepen our relationship with the giver of the gift.”
President Dieter F. Uchtdorf

The Church launched a special Christmas initiative to “Light the World” and not just have twinkling lights on our trees and houses, but to shine the light of Christ among our neighbors and friends with deliberate, daily acts of service through the season.

Elder Bednar explained, “The whole purpose of this initiative is to celebrate and share the Light of Christ. What we hope people will do is not simply think about the Savior during this Christmas season, or even just learn more about Him. What we hope is that they will come to know Him by doing what He did.” (See his whole message here)

Each day I try to serve in a deliberate way, but this challenge has increased my motivation. My whole family is on board and we have a “Curious George” poster we made to see how many “fireflies” we can get to light up the dark sky. Each firefly symbolizes an act of service. So far, so good! 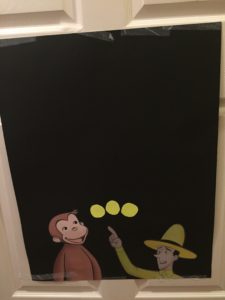 My husband and I were recently making our way through downtown Salt Lake City in a blizzard when we saw an old homeless man pushing a heavily laden bike along the side of the road. He was not riding it, nor could he have with the many items he had attached to it in black trash bags. The storm’s wind was blowing wet snow directly into his uncovered face.

My husband pulled our old red truck onto the side of the road and jumped out. I was glad the man let him load up his bike into the bed of the truck. I scooted over into the center of the seat, hoping to give the man enough room to sit next to me. My legs were squished up on the 4-wheel drive gear shift. When the man came to the passenger door and saw how little space there was, he offered to ride in the back.

I wanted to serve this man so much and insisted he sit by me. I told him that I didn’t mind squishing if he didn’t. He accepted the seat, squishing himself, a backpack, a gallon of orange juice and a gallon of water in with him.

His name was Gerard, Gerry for short, and he talked nonstop. Though I had a little trouble keeping up with his conversation, I had no trouble hearing loud and clear the message that he was grateful for the ride, the warmth, and, most especially, the company. His constant talk was paused momentarily by swigs of his orange juice or water.

He wanted us to take him to a specific grocery store, but he couldn’t remember the address. I was glad he couldn’t because we ended up going to the wrong one, which only meant he could talk a little more and stay warm a little longer. I was a little sad when we finally found where he wanted to be because it meant he had to get out of the car. Fortunately he didn’t see it that way and stayed squished up next to me for a little longer, talking about, well, I’m not sure.

As my husband unloaded his heavy bike, our new friend asked me if he could give us a Jethro Tull CD. I remembered hearing the name Jethro Tull and “fluting genius” come up at various times in his conversation and I knew he really liked them. Knowing that if he had a Jethro Tull CD it was one of the very few possessions he even owned – so I kindly refused his offer. How could I take something of so much value from someone whose “valuables” could all be tied to a bike?

Gerry looked down at his hands, which were shaky, but not from the cold.

In his talk, The Good and Grateful Receiver, President Dieter F. Uchtdorf shares a problem, common among adults. He said, “As we get older…our ability to receive gifts with…enthusiasm and grace seems to diminish. Sometimes people even get to the point where they can’t receive a gift or, for that matter, even a compliment without embarrassment or feelings of indebtedness.” As I remembered President Uchtdorf’s message, I suddenly felt a twinge of guilt. I had done my small “part” to “light the world” and serve that day. My gift had been accepted. I would put a firefly on our Curious George poster that night. Why shouldn’t I allow him the same privilege?

Still looking at his hands, Gerry stammered the question again, telling me another time how Jethro Tull was a fluting genius and asking if it would be okay if he gave us the CD. I told him we would love it.

With a fleeting smile, he began to dig into a faded red fabric bag that I saw was secured to his belt under layers of clothing. He made several attempts with his shaking hands before he was successful in retrieving what looked as if it had once been a CD case. It was badly broken and shards of weathered plastic stuck out from where two pieces of carefully cut duct tape held it together. 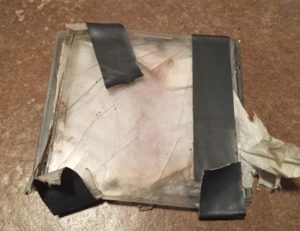 My husband and I waited while he carefully and with great difficulty removed the duct tape. There was no picture in the case. A paper towel, now yellowed with time, was carefully removed to reveal a lime green CD in pristine condition. Clearly this was a prized possession. 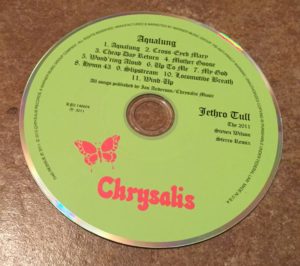 I smiled as he handed me the green CD and I took his gift with both hands, telling him how excited I was to hear Jethro Tull and his flute. He nodded with a glimmer of satisfaction on his wrinkled face and got out of the car.

We added some fireflies to our Curious George poster that night. One for my husband, one for me, and one for Gerry whose Jethro Tull CD is the soundtrack for our season, reminding us with its heavy beats and fluting genius that everyone has something to give and everyone has some light to shine – they just need someone to shine on.

Surely we come to know the Savior by doing as He did, but as we effort to “light the world” this Christmas season, let’s remember what President Uchtdorf said about the Savior – that He “is our perfect example not only of generous giving but also of gracious receiving.” So let’s remember that sometimes our service is to be served and let’s be just as ready to burn brightly with the light of Christ as we are to bask in the warm glow offered by others.

May your days be merry and very, very bright this season!